Local Bunbury artist, Michael "Gypsy" Winters, is finally presenting his work through an upcoming art exhibition titled "Waiting to See" that is also sponsored by Edith Cowan University (ECU) starting on the 8th June. Michael is an amazing Abstract Expressionist artist who "fearlessly experiments" with having no control over unpredictable outcomes. Though he has worked with a variety of different mediums, Michael’s art has evolved through a couple of years of experimentation into a niche area of manipulating acrylics. The title of the exhibition "Waiting to See" is a reference to this process and the lack of certainty of how the piece is going to go, until you see the end product. The resulting artwork is uniquely beautiful that conveys evolving emotions and meanings for his audience.

Michael will be graduating shortly with a Bachelor of Arts from Edith Cowan University (ECU) and has been selected to participate in an honours year with the support of his mentors Helen Seiver and Donna Mazza. The artwork being exhibited in "Waiting to See" seems as deceptively simple as the artist himself. But, like the artist, when you actually experience the artwork, it has a complexity of emotions and meanings that keeps changing with every viewing. Michael has battled with anxiety and PTSD, for a majority of his life and it was only through working with his art that he had not only found a soothing outlet that has helped him to cope but, also as a means of expressing himself. The intention was to capture the reality of the emotions he felt exposed to through these hardships which is an out of control feeling that he felt for most of his life. Michael, coincidently, said that was the part he loved most about creating his art, that he had no control over how the paint would go, it all depended on the circumstances in which it dried which seemed more hopeful because then it could become anything.

His art is inspired by his childhood years, where he fell in love with the natural beauty of the landscape of the region in Victoria that he grew up in. Michael spent a lot of his time in the bush, on his farm and or with his Grandfather, discovering hidden natural treasures. Though they often came across agate, jasper, opal, quartz, or gypsum, he loved to find "Thunder Eggs", a unique interesting discovery in which you never knew what they would contain until you opened them. His fascination with Thunder Eggs stemmed from the unpredictable nature of potentially having something outstandingly beautiful or something distinctly surprising inside...yet always remarkable as it could go either way from the moment they were collected. 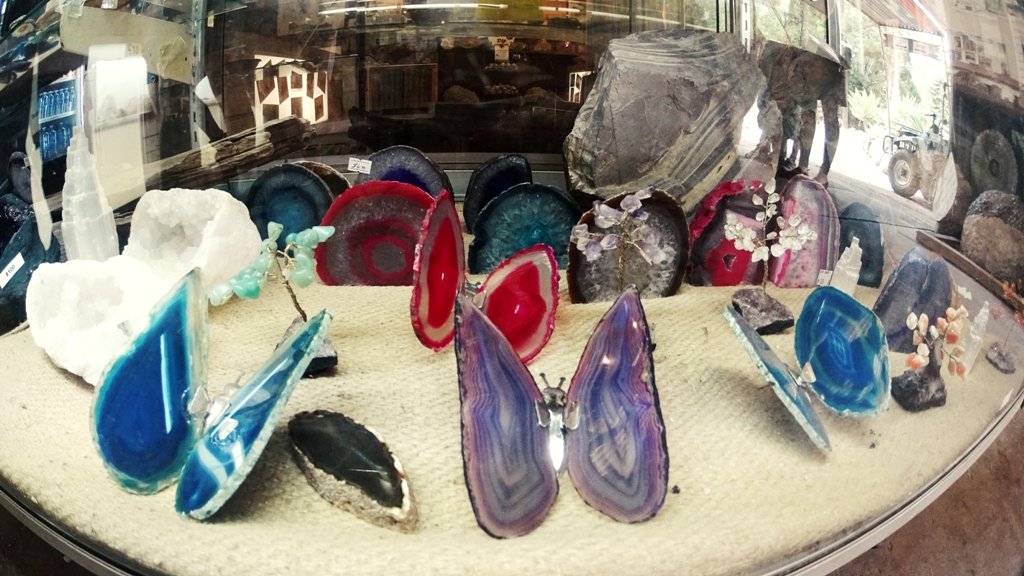 With Michael always having a fondness for the nature and the natural beauty of the world, it became a form of escapism that evolved into his interpretation of connecting with nature, as he would work outdoors while creating his pieces. Michael has found the act of creation, rather than the outcome, is where the real meaning lies for him in each piece of work. When he creates his pieces, the paint moves, shifts, evolves depending on the environment, until it has fully dried allowing you to see it in its final glory.

Michael’s art is almost altruistic, in the sense that it focuses on the viewer’s experience with the art rather than conveying the artist’s perspective. He found a sense of peace in his work and allows the viewer to have a similar cathartic experience. When looking at a piece that Michael has created, the meaning itself is masked and hides the inspiration behind the creation. Through this, he has allowed his art to carry different emotion, imagery and meaning to those who look upon his work rather than conveying his own personal stance. His art is rather provoking in that you only see what you are feeling in any given moment, making the art more personal to the viewer, and changes as the viewer changes their perspective, allowing it to become anything. It is a truly uplifting experience.

If you would like to attend the exhibition to see Michael Winter's work on Opening Night 8th June 2018 between 6.00pm and 8.00pm then you will need to book tickets through:
Everbrite Events - 'Waiting to See' Art Exhibition Opening

The exhibition will also be open to the public from 9th June until the 16th June, Monday to Friday between 9am and 4pm.

Michael also wishes to express his admiration and respect to his mentors Helen Seiver and Donna Mazza from Edith Cowan University (ECU) Bunbury Campus. He expressed his deepest thanks for all their support over the years, their belief in him and his work, and for making this Art Exhibition a reality.

If you would like to follow Michael in the future he will be starting a blog after the exhibition has completed and you can follow his work on social media through ActsIntuitively on Facebook, Twitter, LinkedIn or Instagram as we will be assisting him with his social presence. Thank you for your time, for reading this blog post and it would be great if you feel the need to share or like this article via one of our social media platforms with the @ActsIntuitively tag as applies.